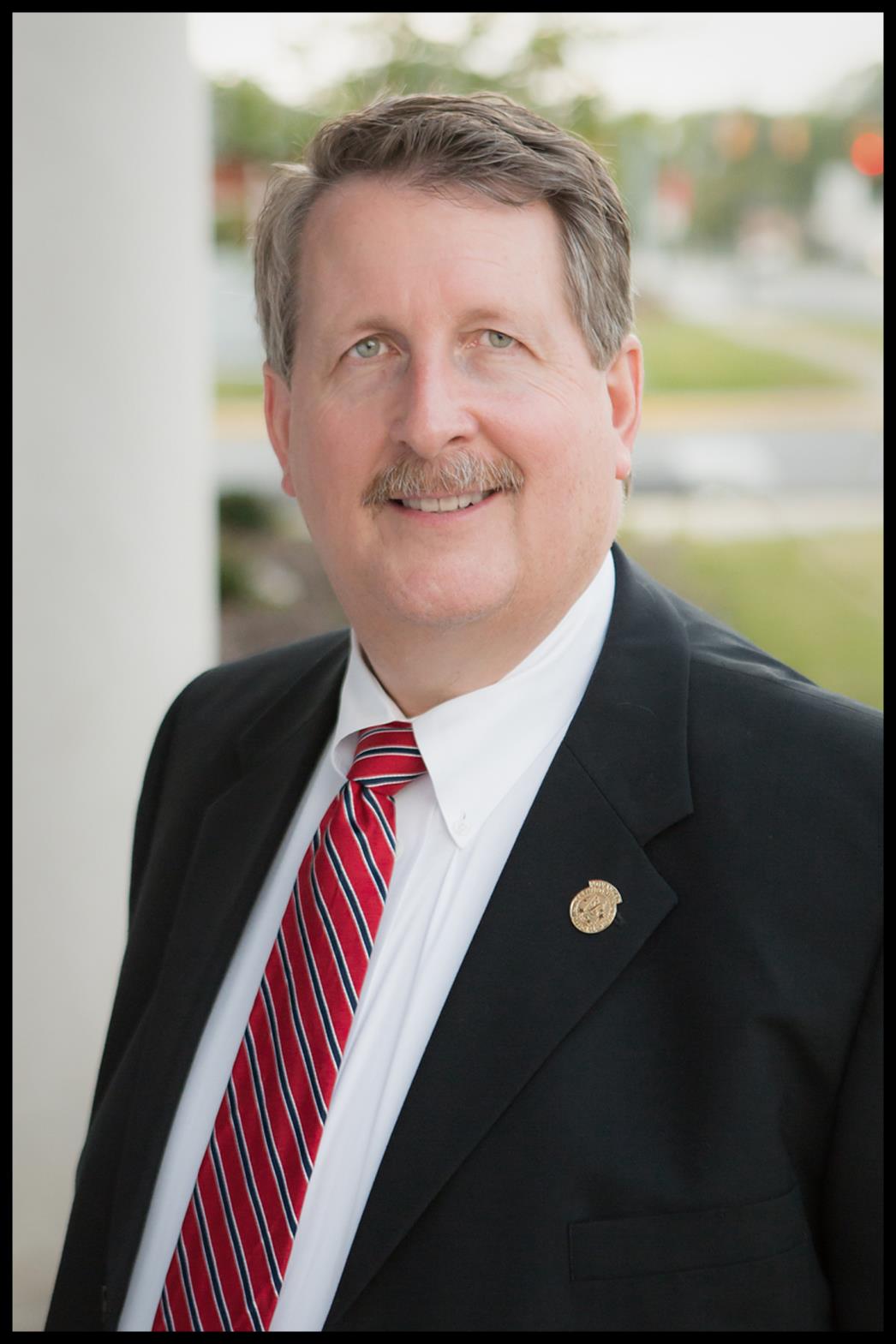 A resident of Albertville since 1986, Charles has a Bachelor of Science degree in Finance from Eastern Illinois University, and brings a strong business background and proven history of fiscal responsibility to the council.  His experience includes six years in retail clothing, four years in wholesale distribution and thirty-two years in construction and manufacturing.  He founded Southern Metal Fabricators, Inc. in 1991 and serves as President and General Manager.

As a member of the Albertville Rotary Club, Charles is past secretary, treasurer and a Paul Harris Fellow.  He is a 2012 graduate of the Marshall County Leadership Challenge.  He has served as a Local Board Member for the Selective Service System since 2002.  He is also a member of the Marshall County Manufacturing Association and past president.  He completed continuing education with the Alabama League of Municipalities and holds designations of Basic Certified Municipal Official and Advanced Certified Municipal Official.  He is pursuing and is on schedule to achieve the Emeritus designation during this term.

Charles Bailey is married and has two sons, Ashton (Caitlyn) and Whitton (Kassidie), both graduates of Jacksonville State University and are actively involved in management of the family business.  His wife, the former Regenia Pope is retired and enjoys spending time with their grandchildren Amelia Blake and Lainey Kate.  The family is active at Brashers Chapel Church where he has served as deacon.

“I was humbled to have been elected in 2012, re-elected in 2016 and 2020 by the citizens of Albertville to serve on your City Council and will continue do my best to serve and merit the confidence you have placed in me.”