The City of Albertville houses the largest industry base in Marshall County and the trade area with 25 companies occupying three industrial parks. 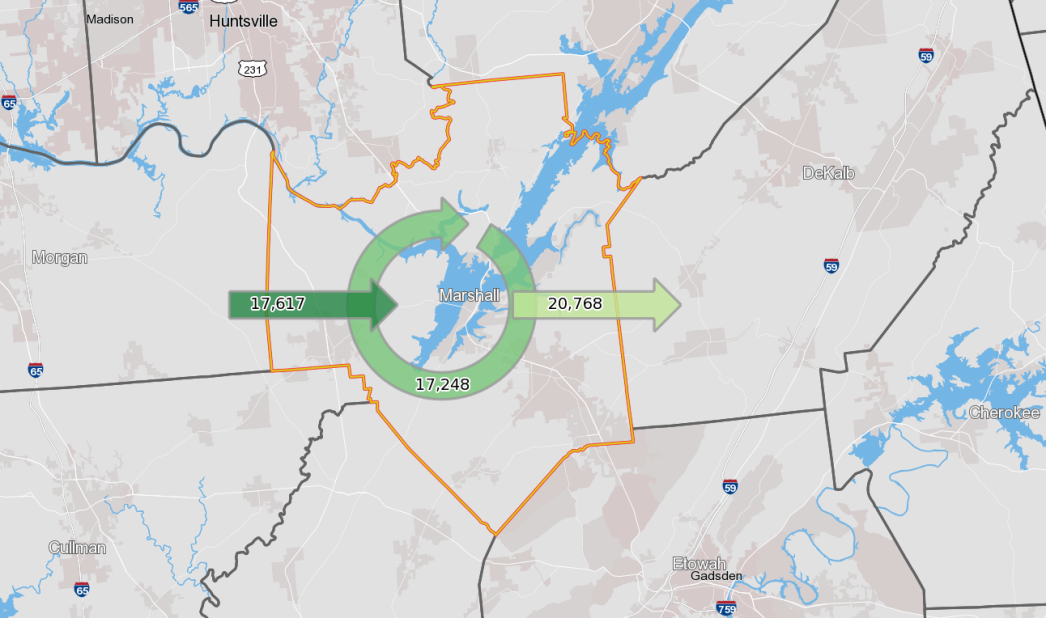 Source: Center for Business and Economic Research, The University of Alabama and Alabama Department of Industrial Relations. This information was included in the 2014 State of the Workforce Report VII: Region 2